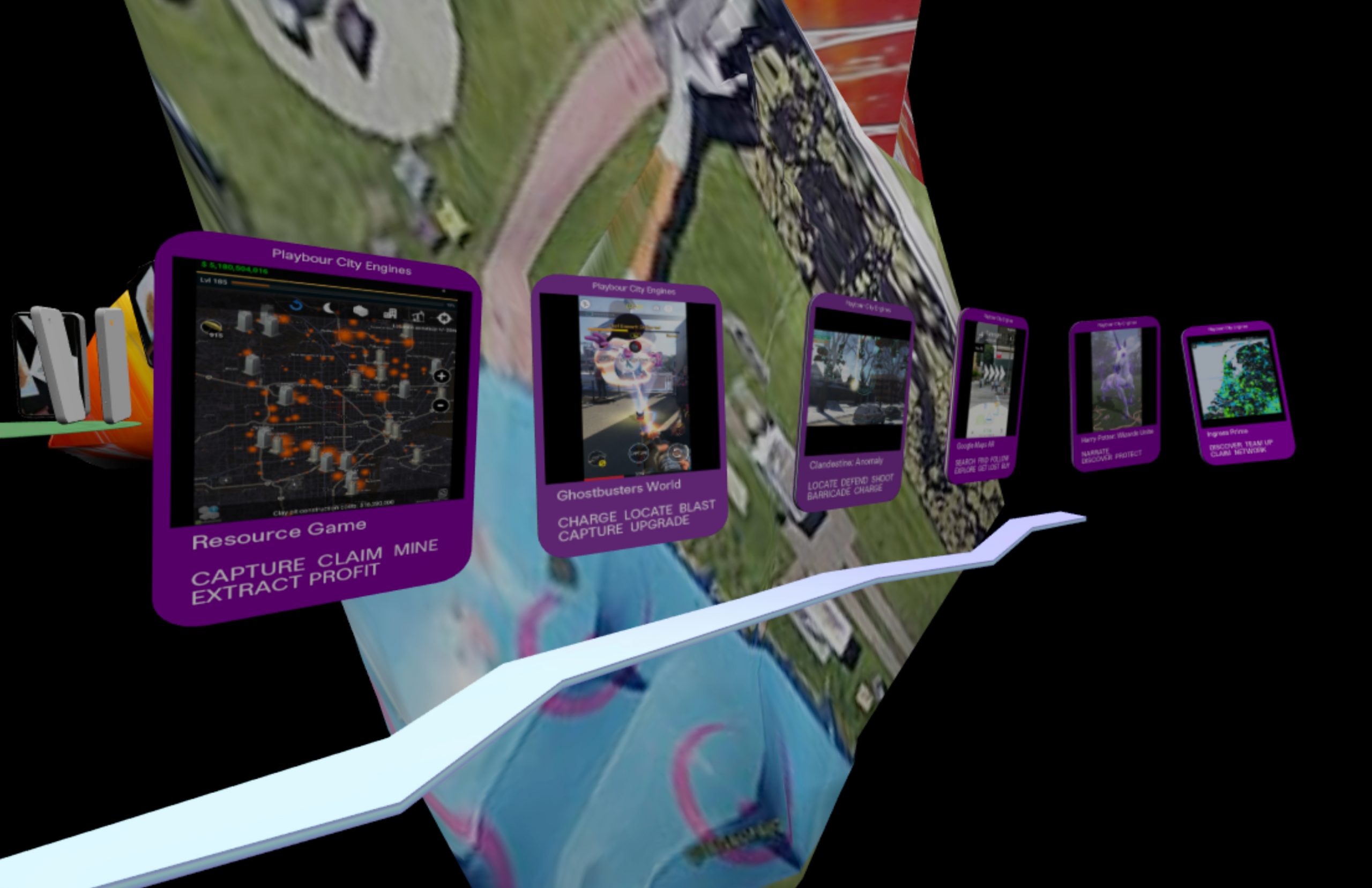 As society evolves from an industrial to an information one, play is being transformed. This change is  accelerated by digital technologies such as augmented reality. AR overlays digital information, images and video on the physical world, blending the physical and the virtual worlds together and enhancing our perception and sense of reality. With the explosive growth in smartphone usage, AR is one of the most disruptive interactive technologies.

Artists, designers and game developers manufacture reality by creating reservoirs of imagination that can be globally distributed through contemporary computational technologies. These technologies are managing our free time, serving us as tools for play, communication and shopping. But let’s be aware of what design is underneath the slick interface of a funny procrastination app. Why were these applications and platforms actually engineered? What is the interest of companies making them? What do these companies want from us, if we can use their products for free?

Data is the new oil
Once data are refined, sorted, and analysed, they create value. This became more obvious during COVID-19 crisis, which brought a slow-down to the global extraction economy. At the same time, the pandemic maintained the tech giants on the peak of profiting from all sorts of cloud services, communication, team collaboration and conferencing technologies. Facebook’s revenues grew up by almost 20% and Amazon reports an increase in profit of about 26% more than last year.

Knowing the context, we can unwrap what the virtual exhibition Playbour City Engines is by asking: “Are cities huge playgrounds extracting data from us?” As cities have become huge infrastructures facilitating the life of more than half of the humankind, big tech companies organize and trace our life in them. Most of the city's ‘netizens’ use their smartphones full of apps and games on an hourly basis. Average smartphone daily screen time of a Dutch adult is above 3 hours, which grew with 33% during the pandemic. And that’s how our free play, lifestyle, commuting, doing groceries or banking -  even education during the pandemic - are becoming utilized by apps, and increasingly gamified.

Playbour
Gamification smartly combines labour and play, so work can be seen as fun. Paying bills was never more fun, as you get rewarded by colourful celebratory confetti animation like at ING online banking. Doing groceries at a self-service scanner at Albert Heijn gives you an extra winning beeping sound similar to slot machines. This phenomenon where the boundaries between work and leisure are blurred is called ‘playbour’. It is the time of playbour, technological entertainment and infinite distraction, where digital worlds are becoming spaces constructing and transforming our understanding of reality, dreams and desires. But many of these ‘dreamworlds’ are falling into the hands of corporations, commercial companies and governments.

Play as capitalist instrument
You can save the world while jogging. In Ghostbusters World, a geolocation-based AR game, you capture slimy ghosts leaking from the underworld and rescue your city from a supernatural invasion.  Ghostbusters and other GPS AR games like Harry Potter are developed by Google’s billion-dollar startups Niantic and NextAge. Why are these games for free? Because data from our movement in the city and daily routines are interesting for big tech companies or governments. That's where geo-location apps like Ghostbusters are becoming useful instruments to learn about user’s behaviour from data they extract from them.

Google is not just analyzing users, but developing the capacity to direct people where it wants them to move. This is useful to avoid traffic jams, but it is also used for profit or potentially oppression. Therefore games are not just fun, but intentionally influencing our experience of city space. In Playbour City Engines, the main goal is to show how play is used as a capitalist instrument and what role art and design might play in this. Visit and experience it yourself at playbour.tetem.nl.