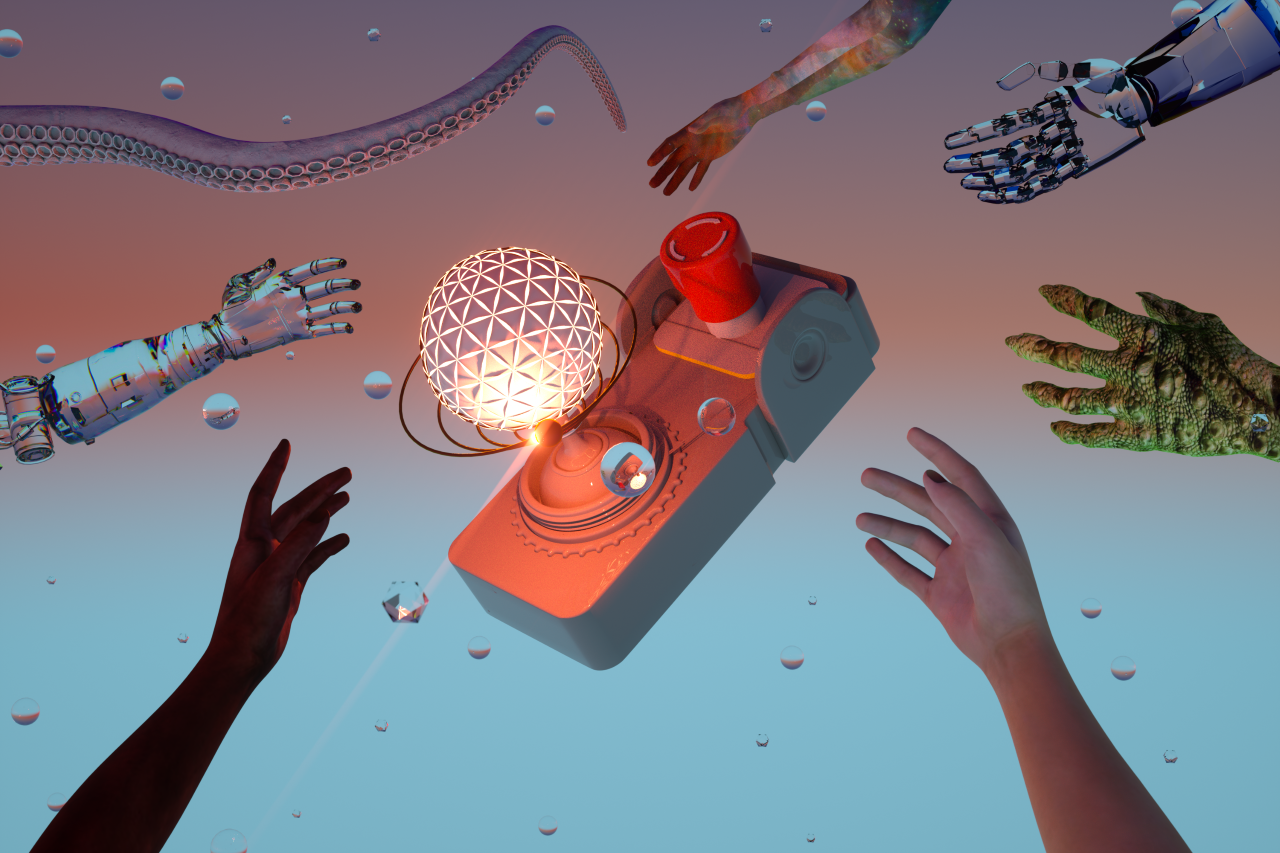 Monsanto House of the Future (1957), made completely out of polymers, was showcased at Disneyland as a pinnacle of technological progress and versatility of modern plastics. 50 years after, plastic turned from a blessing to a curse leading to devastating ecological effects for our planet. It is important to think about consequences when inspiring people. Future visions can have a powerful effect on society, forming a desire to reach them. Yet, these future visions are not always positive and inclusive.

The Reality Takeover
Our current reality is shaped by the expectations and visions of the earlier artists, scientists and entrepreneurs who moved humanity in a certain direction, judging by their own intuition and competence. Some expectations were met, however most of them did not, which added to growing frustration with the future. Are computer sciences and technology making our life better and easier, and for whom? The instant answer will be yes, however, they have also created a totally new cluster of societal problems, and rather marginalized society in a new way. Another important issue we are starting to experience right now is that technology companies are becoming as influential and powerful as governments, creating additional social tension.

Reaching a Protopian reality
The ever growing power of tech corporations is reminding us of the unfortunate dystopian outcomes that are present in cyberpunk settings, thus blurring the line between fiction and reality. However, dystopias are too gruesome. Utopia, in fact, is too idealistic. Futurologist Monika Bielskyte suggests the solution is reaching for protopian futures to breach the imposed constructs of ‘dominant, tech centered future vision’. Although much harder to visualize, protopia, coined by Kevin Kelly, describes the state “that is better than today if only by just a little bit” and has a bigger potential to help envision solutions for complex and chronic world problems.

Together we can use technology to create a real protopia, where everyone will be heard and not forgotten. The future should be more about care and humanity, ethical and moral aspects of our being, while tech by itself will not create more inclusive societies. The COVID-19 crisis has torn off the glossy ‘facades’ of flawed systems and its serving ideologies. It is time to finally burn bridges with the old ‘normal’ and build new realities on the ruins of the old. Collective shifts of mentality are needed in order to reach a more solidary race, age, ability and gender society.

What intersectional strategies may be for future living and how we can avoid cyberpunk tech dystopias is something to openly explore in The Factory of Electric Dreams.